To produce the multilayer polyethylene cast film, the polymer resins are first melted. In the so-called ‘feed-block’ different polymers can be combined to create a multi-layered structure which is ejected through the extruder to form a thin melted film called the melt curtain. The melt curtain is placed on a chill roll to cool and solidify. Eventually, the film is ready for winding up into a roll. 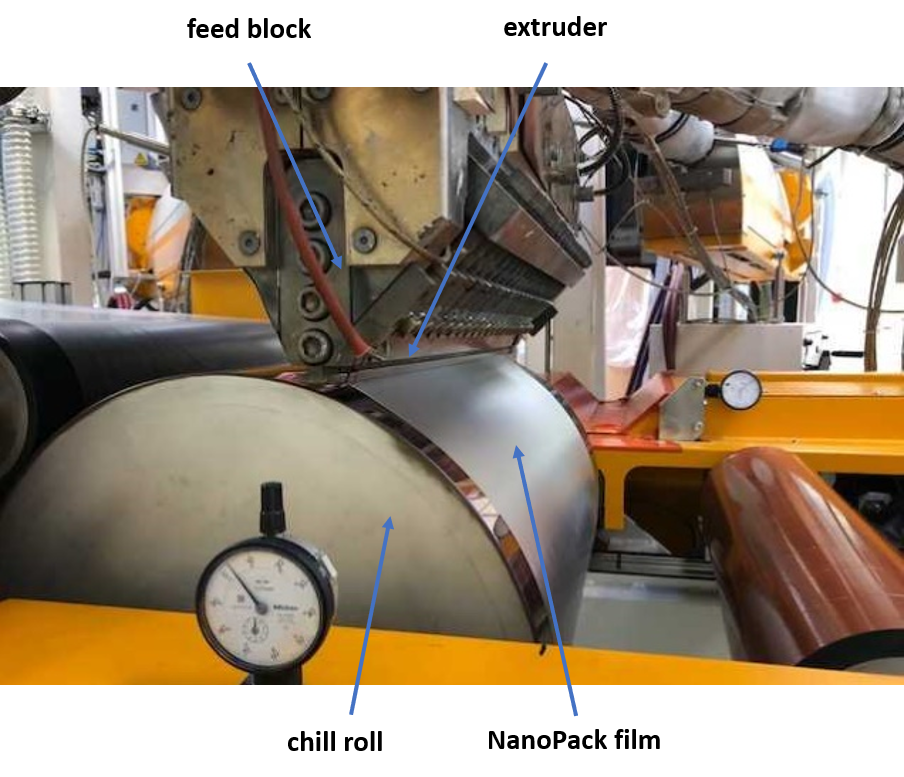 The second type of film, extrusion-coated aluminum foil, is produced by releasing the melt curtain from the extruder onto a sheet of aluminum foil (see Figure 2). The melt curtain is pressed against the aluminum foil within the small gap between the chill roll and the nip roll. At the same time, the foil is cooled down, solidifying the layer of melted polymer film onto it. The coated foil is now ready for up-winding. 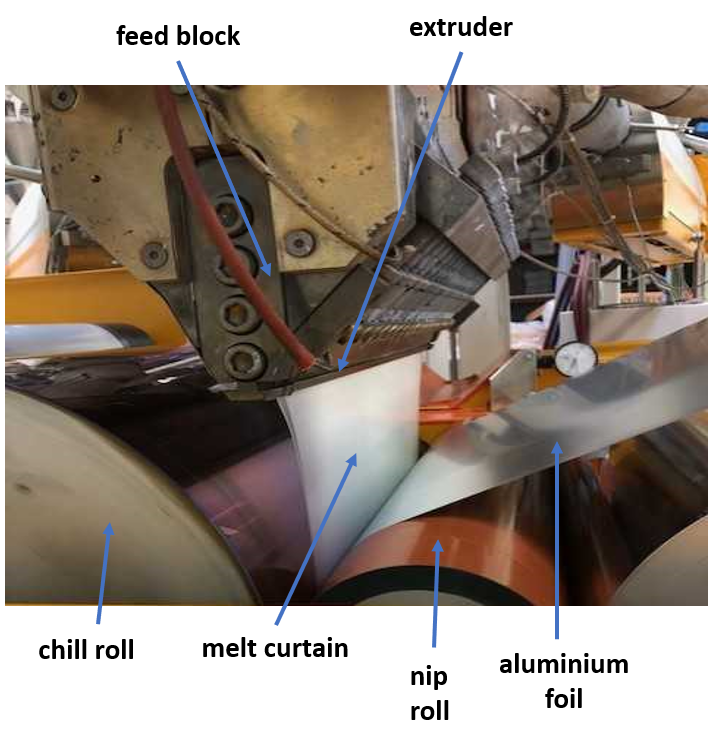 After production, these samples were sent to CTIC-CITA, Fraunhofer, Carmel and Technion for antimicrobial efficiency testing, migration and shelf-life tests.