After the rewarding results from cherries tests, which you can check in our earlier post, there come results from new bread trials. This month several trials have been performed on bread and, specifically, on a bread recipe from the Portuguese bakery Pão de Gimonde (wheat-bread loaves of 300 g with 60 % hydration), produced at Ctic Cita’s pilot facility the same day.

Test were made both for inoculated (stored at ambient temperature of 20 °C) and for non-inoculated bread. Mould growth on the surface of the bread was recorded daily to determine shelf life. On the inoculated bread, mould was visible on loaves packed with a control film within 8 days, compared to the ones packed in NanoPack film, which showed mould only 11 days after the inoculation. This represents a 3-day increase in shelf life.  With regard to non-inoculated bread, mould was visible on these loaves after 8 days, when the control film was used, and after 15 days, when NanoPack film was used, which translates into a 7-day increase in shelf life. 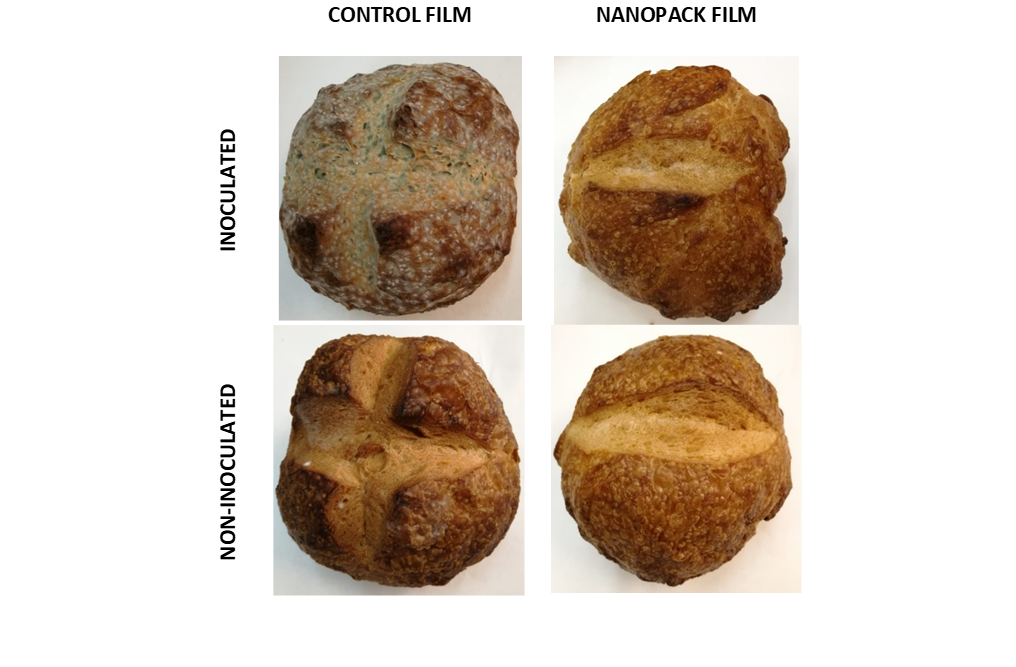 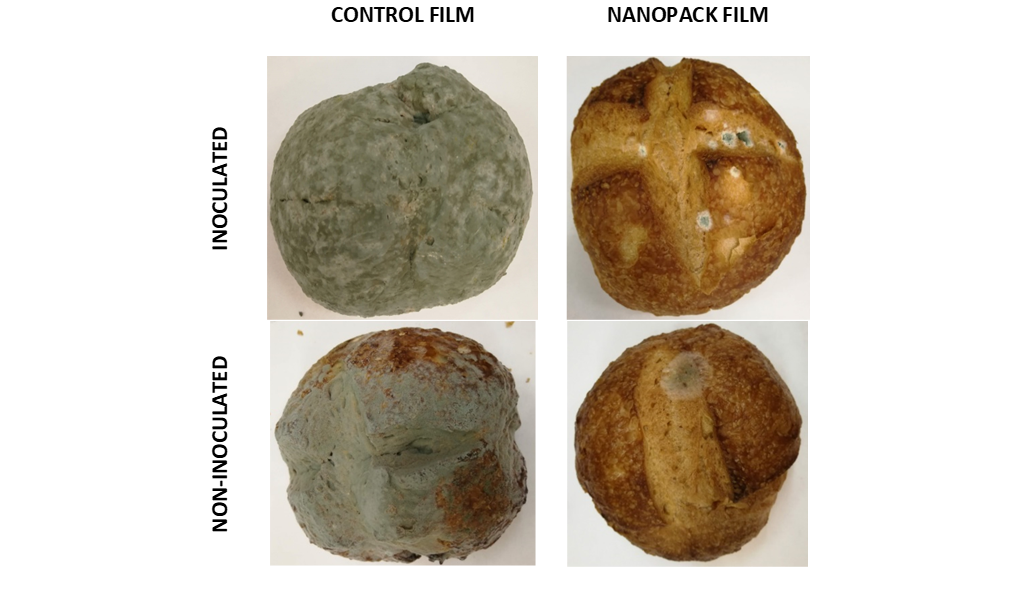 After cherries and bread, cheese will be next food tested, so stay tuned, because we’ll keep you updated!